Put a corkscrew in it - Colorado Wine 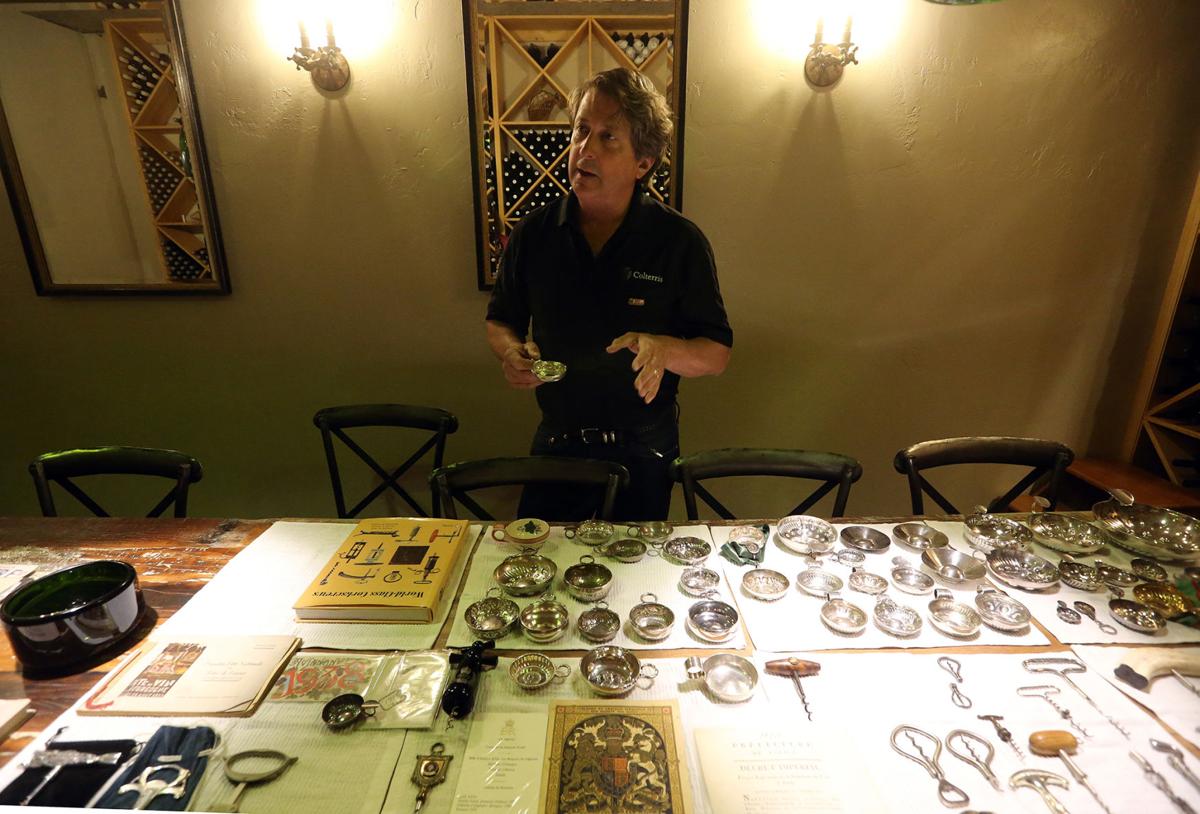 It started with a tiny $25 Anheuser-Busch bottle with a corkscrew tucked inside.

Scott High was only 16 when he spotted the item tucked amongst a number of quirky things at an antique store on South Broadway in Denver.

He is now 64 and owns Colterris Winery in Palisade with his wife, Theresa. And that single curious Anheuser-Busch corkscrew has been joined by at least 8,000 others as part of a collection that opens to a side of the wine industry rich with connections to people past and present.

“I really, really want to be able to tell the stories,” said High, sitting in a wine cellar at Colterris Winery at a long wooden table, one end filled with items and the low light dancing over silver and gleaming along twisting metal.

From there stories poured from High’s mind like a fine vino into a vintage glass as he moved from corkscrew to tastevin (a small, shallow silver cup or saucer) to a June 18, 2002, menu card from Windsor Castle that actually had the names of the wines to be served at a meal that was part of Queen Elizabeth II’s Golden Jubilee celebration.

It’s rare because that information usually is not revealed much less printed, High said.

Inches from the menu was a tastevin that belonged to the queen’s father, King George VI, and a couple of related corkscrews.

And then moving on to Napoleon Bonaparte, High spoke about the French emperor’s “Hundred Days” after he came out of exile on the island of Elba in 1815.

In late March of that year, Napoleon was presented with a tastevin by the people of a certain village as a gift. Napoleon later gave the gift back to the village mayor. Then High showed the inscriptions from that event on a silver tasting cup.

“It just kind of goes on and on,” High admitted, and later pointed out a corkscrew marked with a special emblem. It likely had been issued to an artilleryman in Napoleon’s army.

High’s collection includes about 500 tastevins as well as several hundred unique wine glasses and hundreds of documents related to wine, as well as the thousands of corkscrews. It was his corkscrew purchases that were noted by Donald A. Bull, one of the authors of “World-Class Corkscrews,” who mentioned it to Dick Clark, a Denver attorney, who then made it a point to meet High.

Bull and Clark are members of the International Correspondence of Corkscrew Addicts, which was founded in 1974 and has a membership of only 50. Of course, High knew all about the ICCA.

Years ago, he found a few details about the group in the jacket flap of “Corkscrews for Collectors” by Bernard M. Watney and Homer D. Babbridge, the book that began to pull him away from wine collecting and into corkscrew collecting. 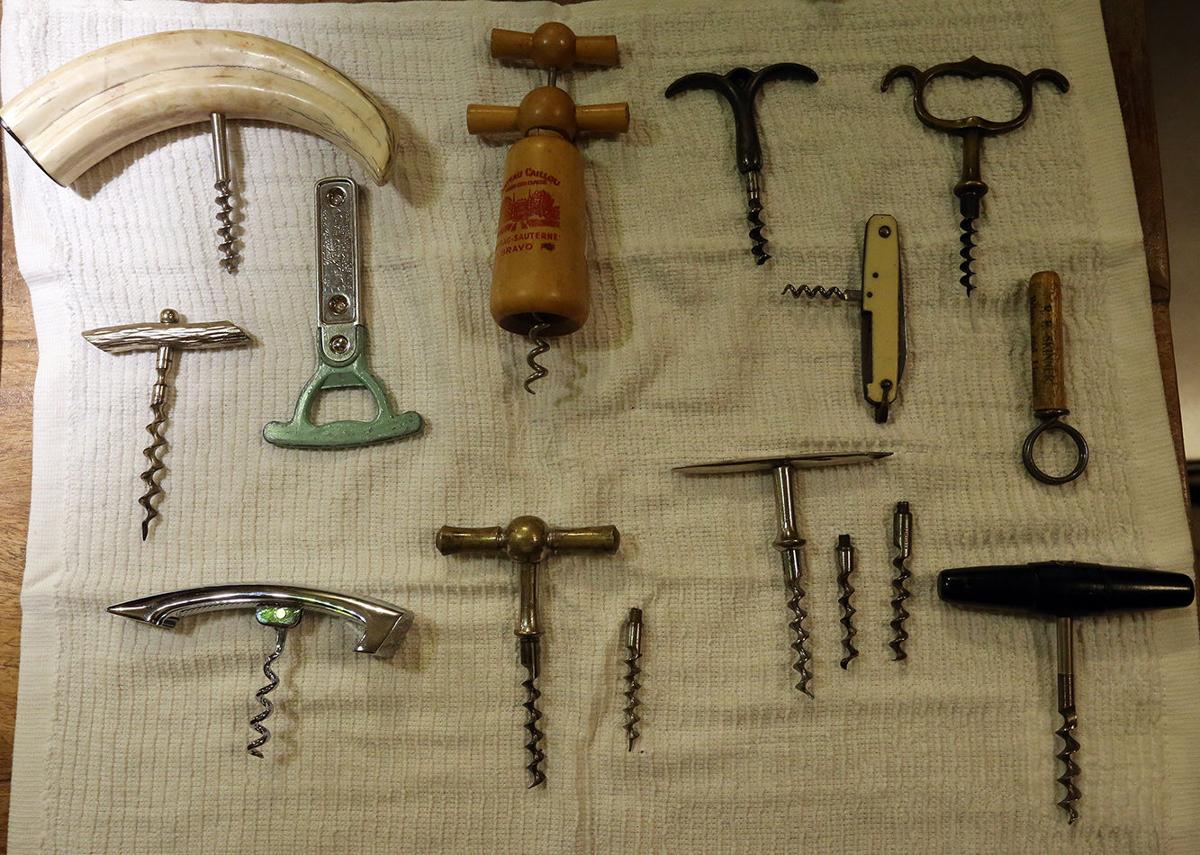 A member of the club

When he discovered the group’s international membership was limited to 50, High thought, “Forget that. I’m not going to ever …”

Until the summer of 2017, when the ICCA’s Right — the group’s president carries the title of Right — called and asked if High was interested in becoming a member.

“I didn’t tell anybody about it for a while,” High said. “I was humbled by it … I probably have 50 corkscrew books by these people.”

They were the guides who had him ducking into flea markets and antique stores during free minutes on trips during his long career in wholesale marketing and with Seagram Co.

He even used to send his wife and their three kids searching for corkscrews when they traveled.

“It wasn’t always the most fun thing (for the kids),” Theresa High recalled. “They will never forget the hunt for corkscrews.”

Being asked to join the ICCA “sort of gave him the confidence in himself that a group like that would be interested in what he has been doing and collecting and that he had enough of a collection that he could hold his head high with that group,” Theresa High said.

While Scott High became a dues-paying member of the ICCA in 2017, he wasn’t officially inducted into the group until June, when he also acquired two new corkscrews: a 2019 general meeting corkscrew with a metal cod fish handle, and an ICCA induction corkscrew.

The five-day 2019 general meeting was in Lofoten, Norway, an archipelago about 95 miles north of the Arctic Circle. It took six airplanes to get there from Grand Junction, and “It’s absolutely beautiful,” High said.

While the group’s members share a common addiction to finding and collecting corkscrews, there is an academic side to the ICCA, thus the “correspondence” in the name and the books published by members, High said.

It’s an effort to put corkscrews in context with history “so the knowledge won’t be lost,” he said. 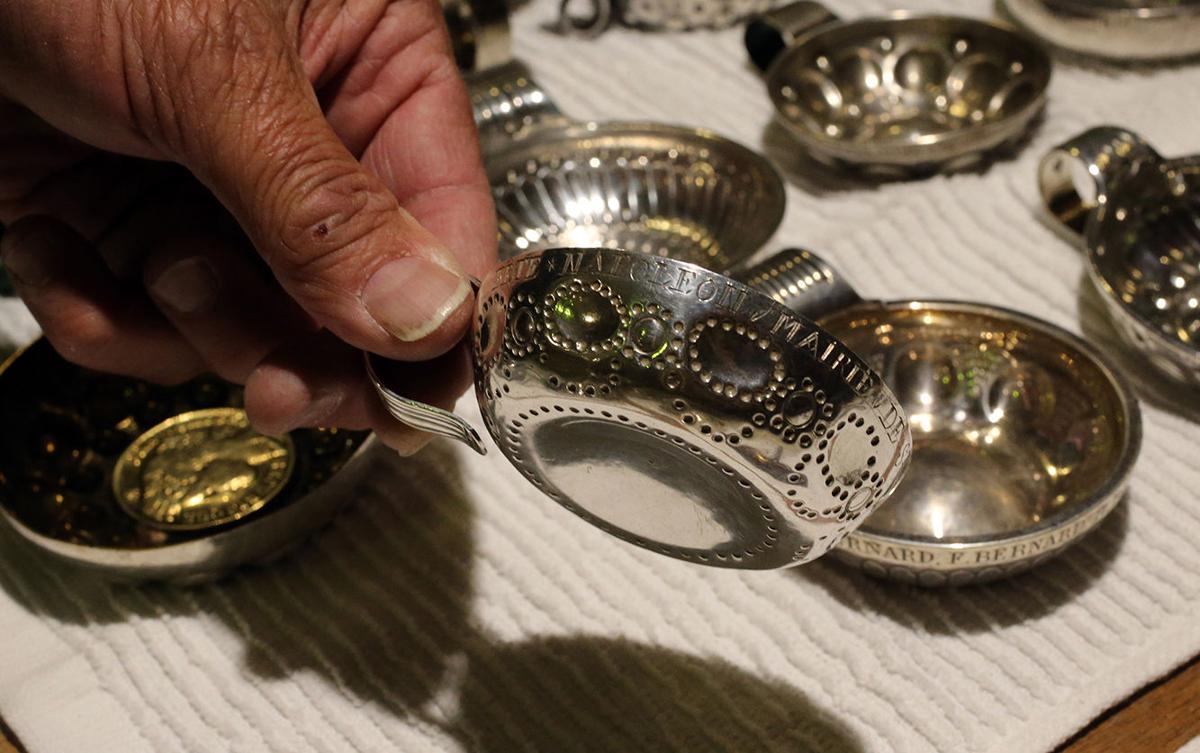 Cork used to be the go-to stopper for nearly all bottles, from wine to medicine or poison to perfume, High said.

He has a number of tiny, elegant corkscrews that were part of the vanity sets of various ladies in the 1800s and early 1900s with the means to purchase perfume. One with an ivory handle used to belong to the French fashion designer Coco Chanel, and High found it at an estate sale.

However, just as cork is no longer used for perfume bottles, wineries also are moving on.

In fact, High no longer needs a corkscrew to open a bottle of his own wine. Colterris now uses Stelvin closures that screw closed, but still allow the wine to breathe and eliminating cork taint and failure, he said.

It’s another reason High finds it important to research and record the history and stories of corkscrews and other wine-related items.

Some in the International Correspondence of Corkscrew Addicts share her husband’s fascination with history and the people whose hands made or used a certain corkscrew, but many of the others are more interested in the thrill of the hunt for unique corkscrews, Theresa High said.

Hearing her husband’s stories “gives you chills,” she said. And then to see or touch something that was used by the wine steward on the RMS Caronia when it sent the first Marconi wireless warning to the RMS Titanic about icebergs — Scott High has a tastevin to go with that story — brings more heart to the art of collecting, she said.

“It is something people are going to find very, very interesting,” Theresa High said, referring to Scott High’s goal for his collection, especially now that he can cross ICCA membership off his list.

A half-dozen members of the ICCA have opened wine museums or display part of their collections in museums, “and I think that’s fabulous,” High said.

High wants to pull his collection from the boxes where it is stored, put it on display and tell the stories that go along with each one-of-a-kind piece, he said. So many of those stories and details are in his head and he doesn’t want them to be lost, he said.

High is looking for the right location for his wine museum in Colorado, be that in the Grand Valley or on the Front Range or somewhere between.

Given the number of visitors other ICCA members have drawn to their museums, this museum would have the potential to bring thousands of people to that location, he said.

And given the number of items in his collection, the museum is going to need significant space as well as a large security system, he said.

“It’s hard to comprehend what he has,” Theresa High said of the hundreds of boxes stored securely away, probably “so that I wouldn’t know how much he was collecting. So that’s all going to come out and I’ll know the truth.”

Then she gave a rippling laugh as only one can when they know their spouse well. It’s fair play, she admitted.

“When he proposed he promised me a vineyard and that is how Colterris got started,” she said. “I would very much like for him to have that dream” of a wine museum. 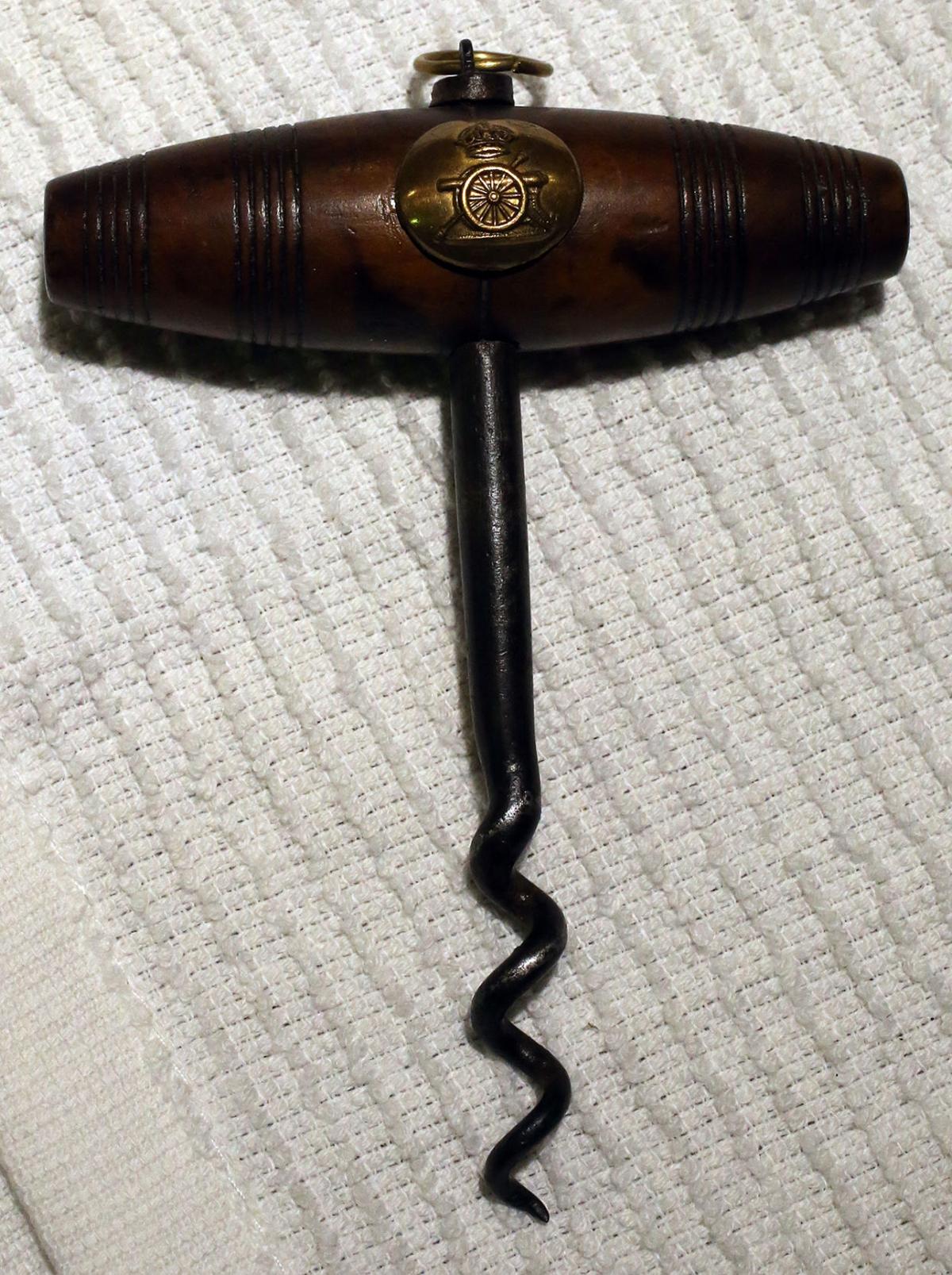