The majestic valleys of Colorado’s Rocky Mountains are blessed with warm days, cool nights and low humidity — perfect conditions for the cultivation of wine grapes with the complex character and chemistry required to produce award-winning wines.

Winemaking began on Colorado’s Western Slope more than a century ago. With the advent of Prohibition, however, the early vineyards were uprooted and replaced with orchards. Modern vineyards featuring the world’s classic wine-grape varieties have been reestablished in the area’s fertile climes, and once again the art of winemaking is flourishing in Colorado. Building on the tradition of these pioneer winemakers, thriving wineries are now found in all parts of the state.

Today, Colorado’s vintners enjoy a well-earned reputation for producing a wide variety of premium wines. From redolent Riesling and captivating Cabernet Franc, to wines made from cherries, peaches, plums and honey, Colorado wines consistently win top national and international awards for their quality. 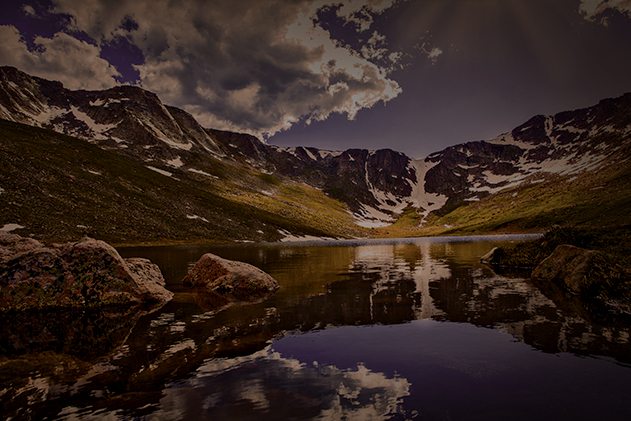 Terroir can be very loosely translated to mean “a sense of place.” Wine embodies the characteristic qualities from where it comes – the sum of the effects that the local environment – and when it was made.

Wine people like to argue endlessly, more heatedly after the second and third glass, as to what exactly is and should be the influence of Nature (the terroir) as opposed to the influence of people, specifically the grape grower and the winemaker. While the experts argue about how and why the sun, soil and climate make a Colorado wine taste just as different than a wine from California or Europe as the Rocky Mountains are different than the Sierras, the Pyrenees or the Alps, you can simply enjoy your wine. 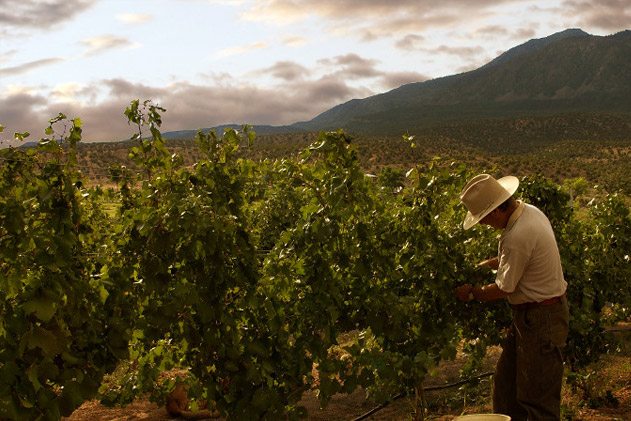 Vineyards in Colorado are mostly nestled in the temperate, high elevation river valleys and mesas of Mesa and Delta counties, with some acreage in Montezuma county. Colorado’s grape growing regions range in elevation from 4,000 to 7,000 feet and are thus among the highest vineyards in the world, resulting in hot days accompanied by cool nights.

The ‘continental climate’ in these regions create day to night temperature variations topically ranging from 25 to 30 degrees during the grape maturation months of August and September. The long warm daylight hours of intense high-altitude sunlight mature the fruit completely and build the natural sugars. The cool evenings cause the grapes to retain the acids so vital to premium winemaking. However, the high altitude can also present a challenge to grape growers, in that the average frost free growing season ranges from 150 to 182 days.

Grape growing has persisted on Colorado’s Western Slope because it offers fruit growers a greater diversity of crops and a broader hedge against frost damage. With an early spring frost, growers might lose cherries and apricots, but grapes will still be viable. As the commercial viability of apples has dropped precipitously in the last decade, grapes have increasingly filled that late season harvest slot.

The Colorado wine industry is on the verge of significant expansion and improvement.

Use left/right keys to navigate. 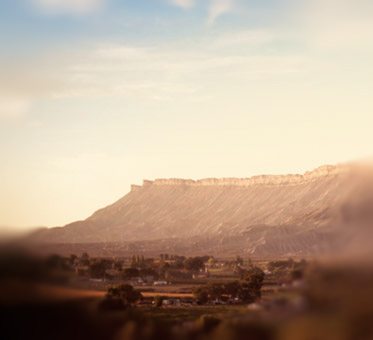 English traveler Isabella Bird described the lush landscape she encountered during her horseback ascent up the St. Vrain Canyon on her way to Estes Park: “Cottonwood trees were green and bright, aspen trees shivered in gold tremulousness, and wild grape vines trailed their lemon-colored foliage along the ground.” (A Lady’s LIfe in the Rocky Mountains, published 1879) 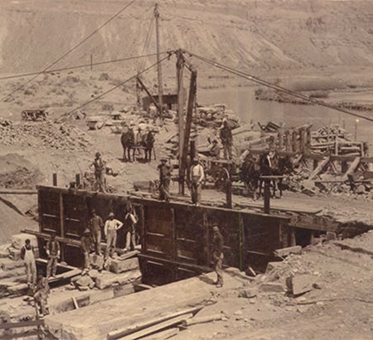 Gravity canal irrigation is introduced into the Grand Valley. Colorado River water is diverted into gravity canals at the mouth of De Beque Canyon near Palisade. 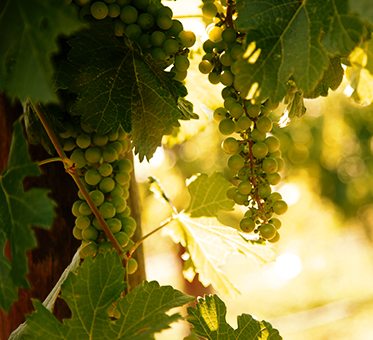 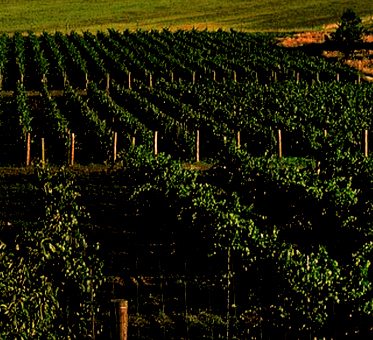 George A. Crawford, who founded Grand Junction in 1881, plants sixty acres of grapes and other fruit on Rapid Creek above Palisade.
[Note: Although Crawford was know as “Governor,” he was nominated as a Democratic candidate for Governor of Kansas in 1861, but never elected.  He was never governor of Colorado, either.  Samuel J. Crawford was the third elected of Kansas, but was unrelated to Geroge A.—Samuel was a Republican.
Source: Kansas Historical Society kansapedia] 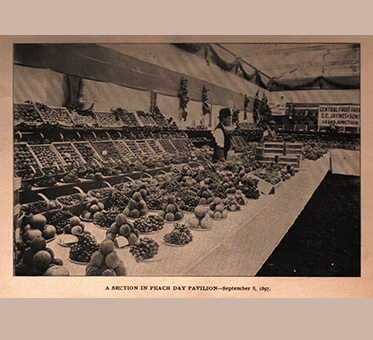 “The Fruit Belt of Mesa County, Western Colorado,” a flier published c. 1896-1897 by the County Commissioners of Mesa County and the Board of Aldermen of the City of Grand Junction to encourage immigration to Mesa County, stated “the finest varieties of European grapes, such as the Black Hamburg, Flame Tokay, Zinfandel, Sultana, Muscat and Malaga grow to perfection in the open, and this is the only valley in the State werhe it is possible to grow them at all.” (pg. 11) 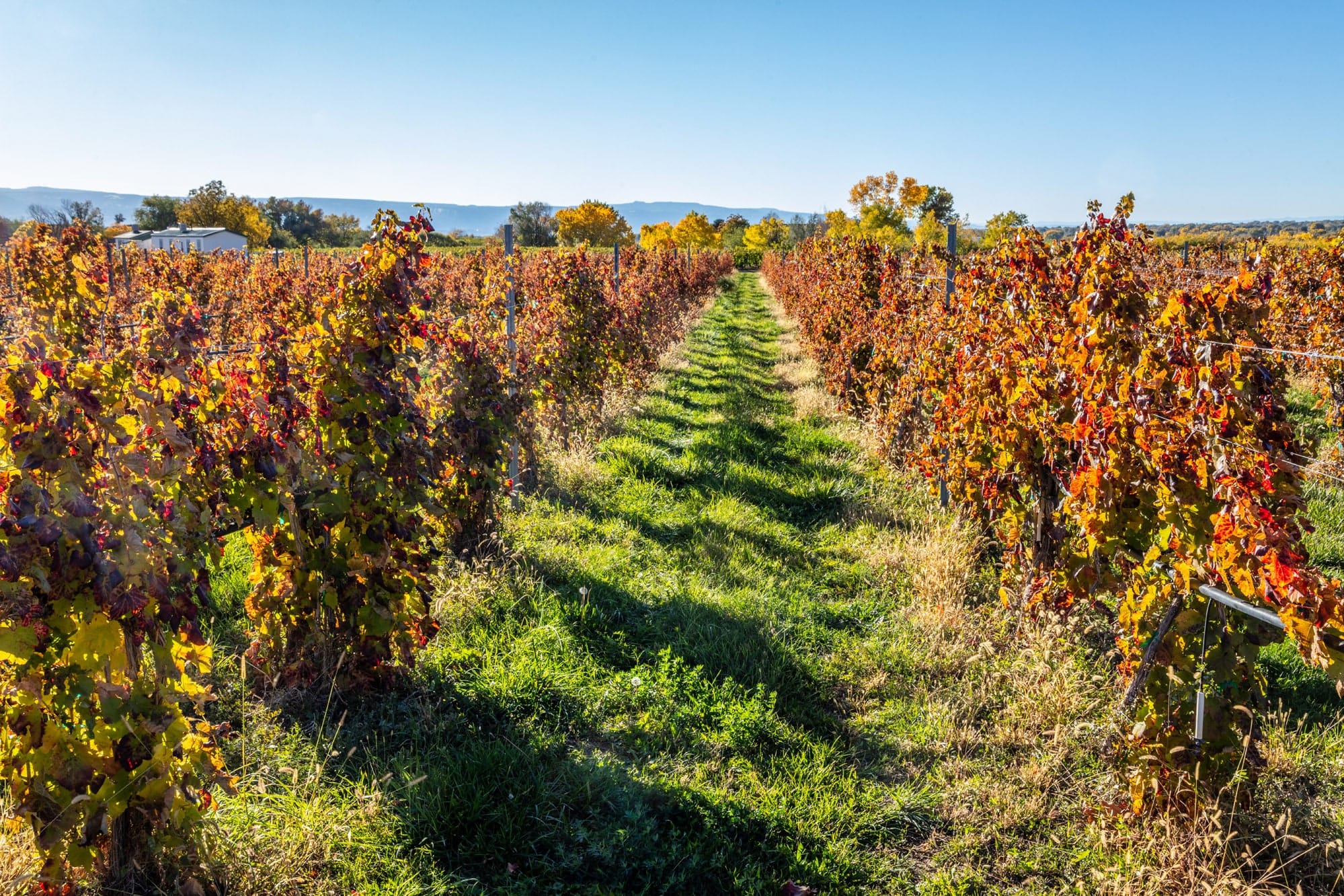 U.S. Department of Commerce, Census of the United States – Agriculture reports a Colorado grape harvest of 586,300 pounds and wine production of 1744 gallons. 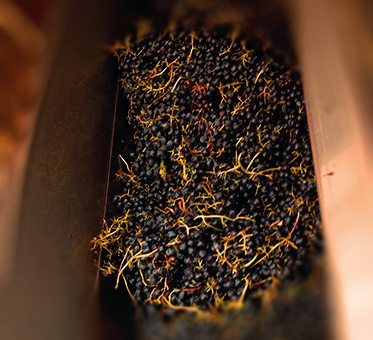 U.S. Department of Commerce, Census of the United States – Agriculture reports a Colorado harvest of 1,037,614 pounds from 254,292 vines of bearing age and 101,332 vines of pre-bearing age. 1034 Colorado farms are involved in grape production. 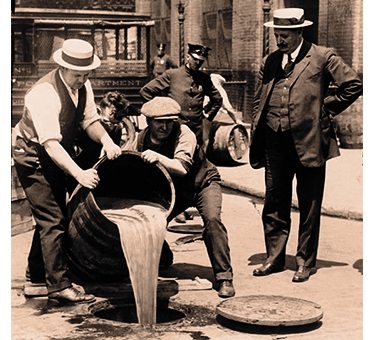 The General Assembly of Colorado enacts a prohibition statute. Colorado goes “dry” four years before the passage of the 18th Amendment which creates national prohibition. Commercial winemaking ceases in Colorado and wine grape vineyards are uprooted. 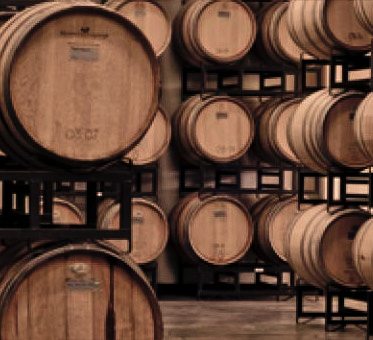 The 18th Amendment is repealed and national prohibition ends. 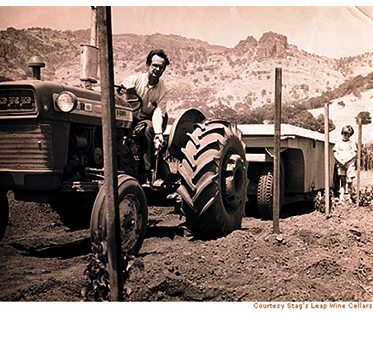 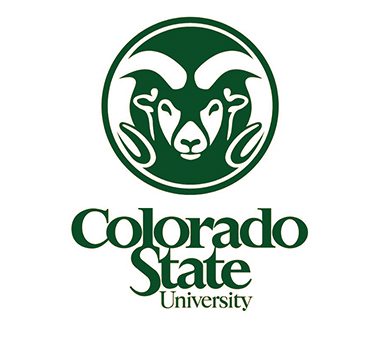 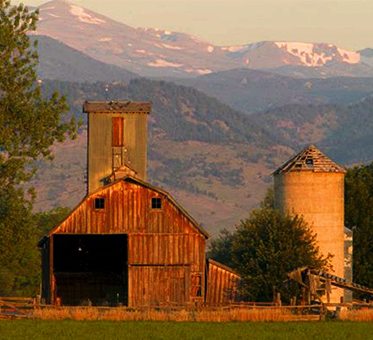 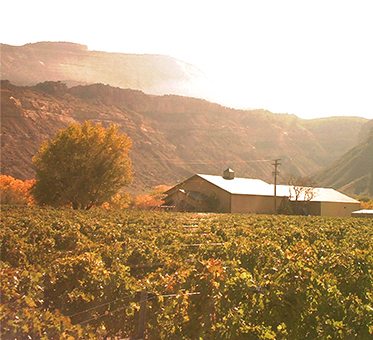 Several partners, including Jim and Ann Seewald plus Bennett Price, who now owns DeBeque Canyon Winery, open Colorado Mountain Vineyards in Golden but eventually move their winery production to Palisade, where the grapes are being grown. 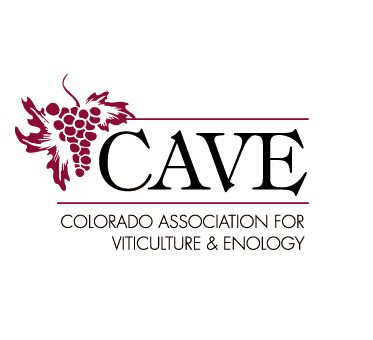 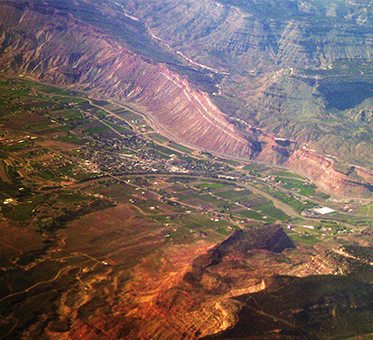 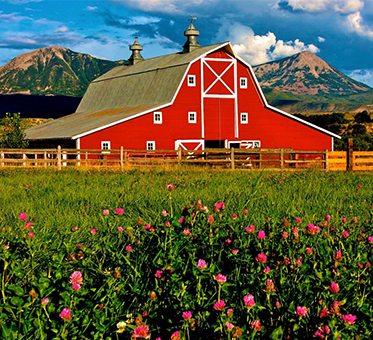 West Elks American Viticultural Area (or AVA), along the North Fork of the Gunnison River between Bowie and Hotchkiss, is approved and recognized by what is now the Federal Tax and Trade Bureau. 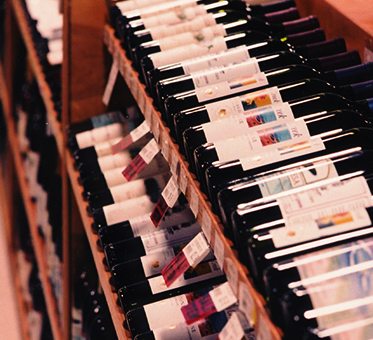 The Colorado General Assembly ammends the limited winery statute, replacing the requirement to use 75% Colorado fruit with a more informative labeling regulation for Colorado wine. 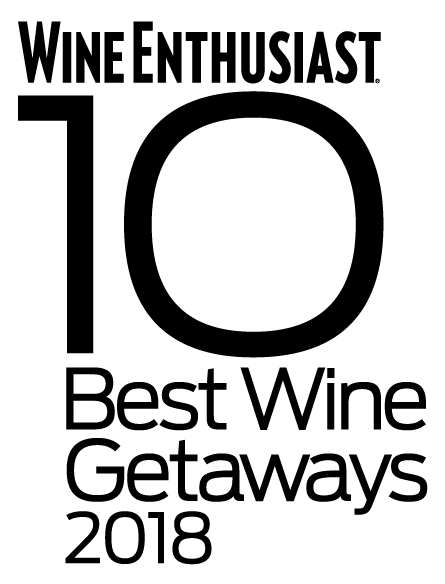 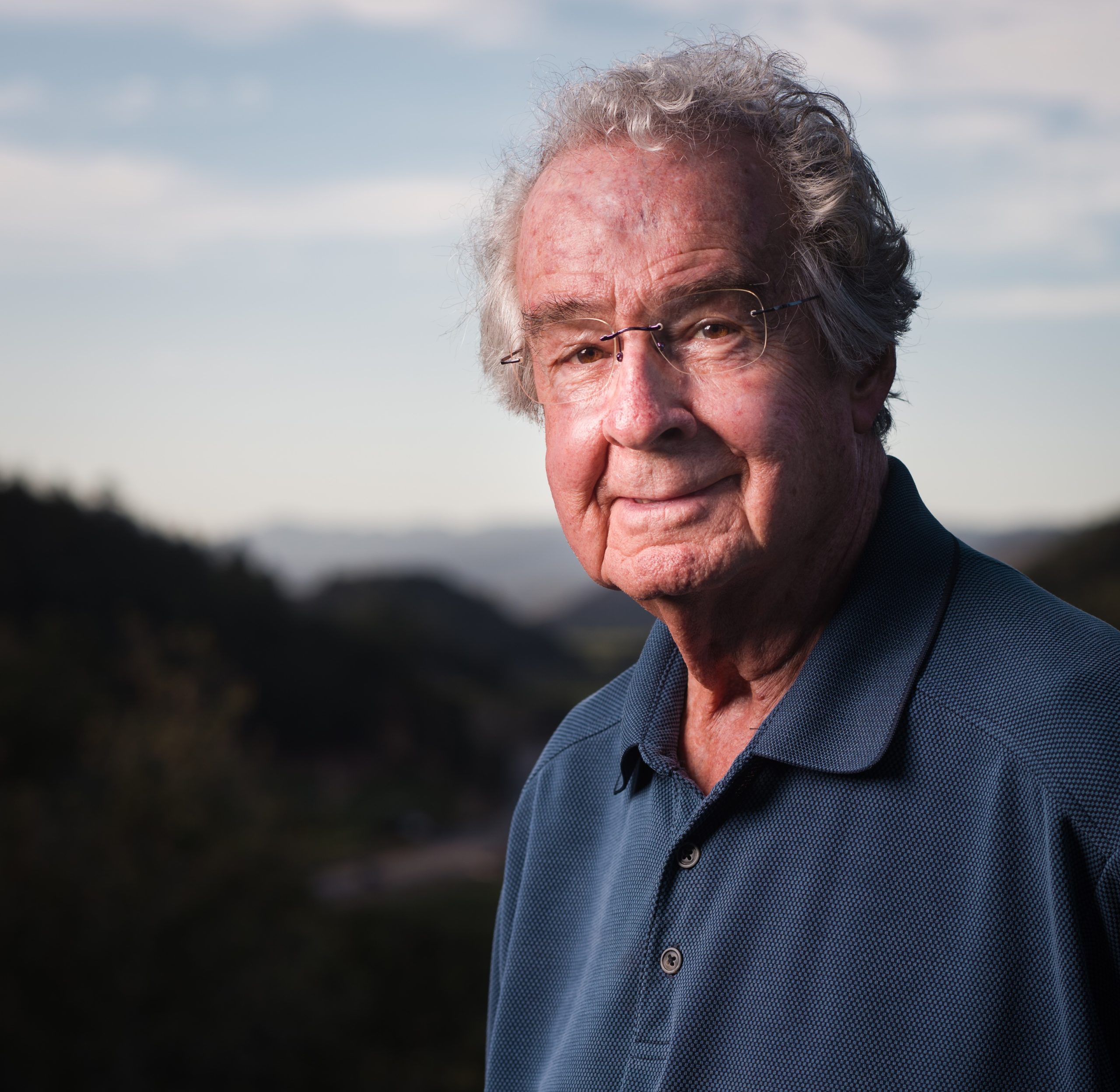 Warren Winiarski provides a grant of $150,000, of which $50,000 is for matching funds, to Western Colorado Community College in Grand Junction, a division of Colorado Mesa University, the first college in the state to offer an associate degree in viticulture and enology. The grant will “provide a conduit for collaboration in Colorado’s wine industry and support for the program (which) will be committed to advancing the quality, consistency and prosperity by academic collaboration, workforce training and educational extension.” Read about how A California Winemaker Hears The Call of the Mountains. 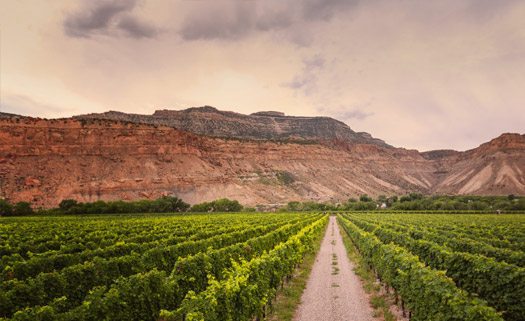 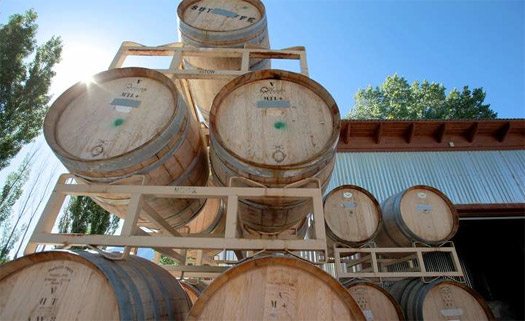 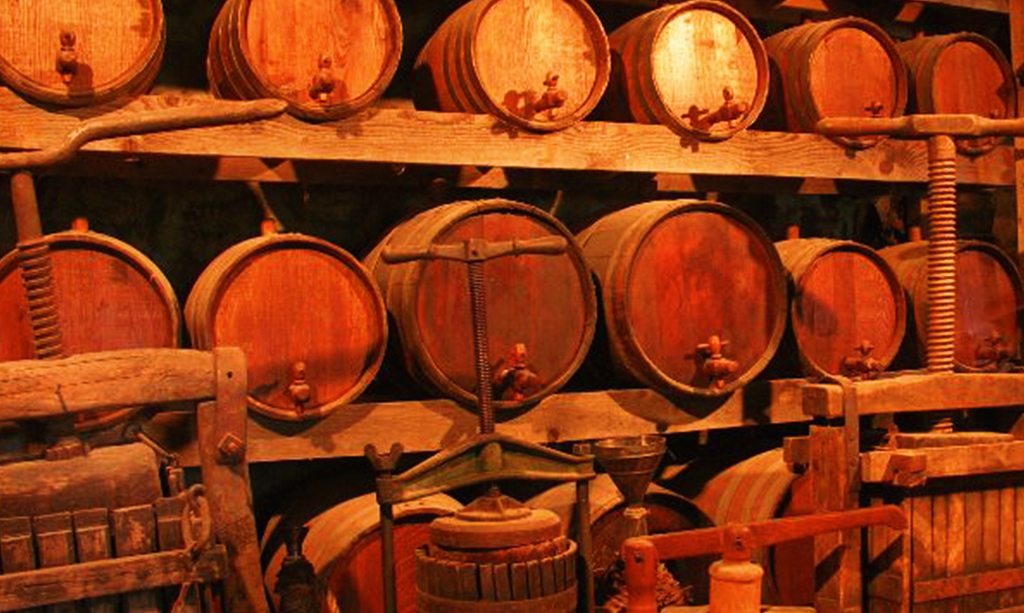