Gary Tassler, co-owner of Purgatory Cellars in Parker, says business has been booming since the winery opened in April 2015. Photos by Chris Michlewicz
AMPHORA RIESLING

The usage of Amphora containers to store and ferment wines is a tradition in winemaking dating back to 500 B.C. Today, the ancient technology is making a comeback among brewers and vintners throughout the world, mostly in Europe and the Middle East. Currently, there are only a handful of wineries in the United States utilizing this method. Purgatory Cellars is among the first wineries in Colorado to utilize this ancient method and introduce its Amphora-aged Riesling. 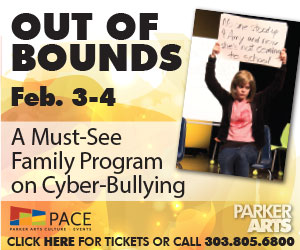 The offer and the wine were sufficiently convincing to pull Gary Tassler away from an idyllic life.

“I was living in Europe, didn’t really have a job, wasn’t doing much of anything,” Tassler said. “I was drinking wine and drinking beer and riding a bicycle.”

This was Tassler’s life for five years after he abruptly decided to turn down a new position at the major package delivery company where he was a finance and accounting manager. He’d been working 100 to 120 hours a week for years and was completely burned out. So he traded a hectic corporate life for early retirement.

That is, until Marko Copic brought him back to the Denver area with an offer.

How it all started

It’s funny how things work out. Copic, a native of Croatia and the brother of one of Tassler’s employees at the delivery company, was planning to open a winery with his sibling.

Tassler knew of the business plan and that the Copics had shipped their winemaking equipment to the United States. They were looking to buy an existing winery in the Denver metro area, but decided to start their own and landed on an empty space two doors down from a brewery in Parker. The Copics asked Tassler if he was interested in helping them launch the winery.

“They knew I didn’t have a job and they knew I was dumb enough to work 120 hours a week,” Tassler says with a hearty laugh.

Reluctant to end his five-year vacation, Tassler initially turned down the offer, but relented after realizing he would enjoy being a part of building something fresh and exciting from the ground up. He planned to be the finance guy. However, after Copic’s brother sold Tassler his share, a new partnership was born.

Tassler once again found himself working more than 100 hours a week. He and Copic spent 83 consecutive days making 35,000 bottles of wine in-house to last Purgatory Cellars through 2016.

“There were probably 20 nights where we didn’t go home,” Tassler said. “It was just the two of us.”

Purgatory Cellars, so named for an abandoned mining town in southwestern Colorado where the partners searched for wine-making grapes, opened last April to unexpected fanfare. The posting of six photos to a brand-new Facebook page before opening elicited an encouraging response: 3,600 organic views within 24 hours.

It created an anticipatory buzz and proved Copic was correct in his answer to the commonly asked question: Why open a winery in Parker? “Because Parker needs a winery.”

“So it appears that Parker really did need a winery,” Tassler said, paraphrasing Copic’s answer.

Mark Hague, who moved to Parker two years ago, stopped by Purgatory Cellars in early January after hearing about the winery from a friend. Tassler promptly provided a tour of the wine list. Hague said he occasionally stops by Vines Wine Bar in downtown Parker, but said “it’s nice to know there is another place to go” to entertain visitors from out of town or gather with friends on a Friday or Saturday night.

With the exception of the plumbing, the duo transformedPurgatory Cellars into what it is today: an elegant-yet-rustic meeting ground in which barrels full of aging wine tower in plain view over visitors. Purgatory was meant to be a winery with a tasting room, but the tasting room has morphed into a wine bar because of the sizable crowds on evenings and weekends.

Things have gone so well, in fact, that the owners decided to cut off all outside sales. Purgatory Cellars wine cannot be found at restaurants or festivals yet. Even though the duo made 9,000 bottles of wine to start things out, it has found that demand is outpacing supply.

“I would say things for us have gone very, very well so far,” Tassler said. “And at the rate it’s going, it looks like it’s going to get a whole lot better.”

The success is not simply due to the fact that Parker finally has a winery. The 14 wines on the menu — from a Riesling made using a Georgian amphora to an incredibly popular Malbec with hints of prunes, molasses and spice — have received rave reviews from connoisseurs and novices alike. The wines are made mostly with grapes grown in Colorado.

The concoctions are the culmination of a long-standing family tradition and 20 years of Copic honing his skills. He reads a lot of books on winemaking and has learned through trial and error. He’s also known to buck tradition.

“Sometimes you need to be brave,” Copic said during a phone call from Croatia, where he is buying more equipment and visiting family.

The wine has attracted admirers from across the country, Tassler said, and dozens are on the waiting list once Purgatory launches its wine-of-the-month club. But when you ask Copic, he insists that winemaking has been a hobby for much of his life.

“He might call himself a hobbyist,” Tassler warns. “Don’t let him kid you.”

The winery is preparing to bottle 30 different wines, including a Zinfandel port that Tassler calls “absolutely gorgeous,” and will release them in the coming months. Going from making 9,000 bottles in 2014 to 35,000 bottles in 2015 was a significant uptick in production. But it’s nothing compared to the next round of winemaking later this year, in which Copic believes the pair can produce 100,000 bottles.

Purgatory will expand into the vacant space next door so it can host wedding receptions and other gatherings without closing down the wine bar. Tassler believes the winery will double its sales when the new space is unveiled later this year, and that estimate doesn’t include sales at restaurants, festivals or the wine-of-the-month club.

When asked if 100,000 bottles will be enough, Tassler smiles when delivering his answer: “We’re going to cut it really close.”